I began studying guitar at 8 years old, learning my first chords from my dad, an enthusiast guitarist and collector of vinyl and guitars. A couple of years later, I also started studying piano. I became fascinated with jazz music at 16, studying jazz guitar with Colombo Menniti, Eddy Palermo and Domenico Caliri.

I went on to graduate in Italian Literature (Università La Sapienza, Rome) in 2003, specialising in History of Music.

After many years as a guitar teacher, I decided to consolidate my experience of teaching into a comprehensive guitar method. This resulted in the publication of a three-volume book, Manuale di Chitarra Moderna, with Ricordi-Universal MGB Publications in 2008.

After working on a couple of Italian productions of internationally renowned musicals, I got a taste for performing in theatrical bands, leading me to move to London’s West End, where I have been performing in West End productions ever since. 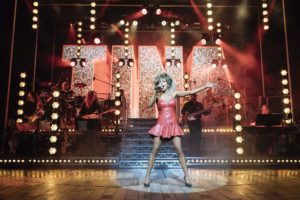